Tuesday 20 March at 12.30 am in European Parliament (Room JAN 6Q1) will be held the event: “Electronic cigarette and damage reduction: a potential step forward for European health”. 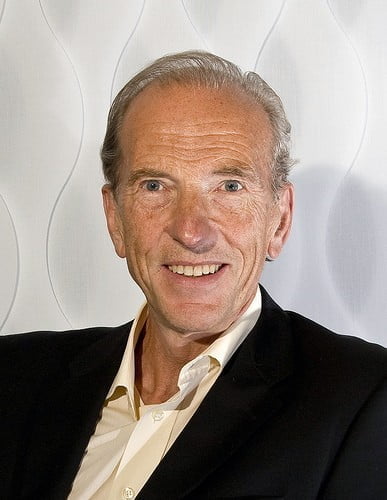 Karl Fagerström is born in Sweden 1946. He studied at the University of Uppsala and graduated as a licensed clinical psychologist 1975. At that time he started a smoking cessation clinic and invented the Fagerstrom Test for Cigarette Dependence. In 1981 he got his Ph.D. on a dissertation about nicotine dependence and smoking cessation. From 1983 through 1997 he worked for Pharmacia & Upjohn as Director of Scientific Information for Nicotine Replacement Products. He has worked with the nicotine gum Nicorette since 1975 and has been contributing to NRT developments such as patch, spray, pouch and inhaler. Currently he works with his own private consultancy (Fagerstrom Consulting). He is a founding member of the Society for Research on Nicotine and Tobacco and currently a Deputy Editor of the Nicotine & Tobacco Research. He started the European SRNT affiliate in 1999 of which he was been the president up to 2003. His main research contributions have been in the fields of Behaviour Medicine, Tobacco and Nicotine with 170 peer reviewed publications of which he is the first author of 100. The current main interests are on understanding the positive effects of nicotine and reducing harm and exposure to tobacco toxins among all those who cannot give up smoking. He was awarded the WHO medal 1999 for outstanding work in tobacco control and 2013 he was the recipient of the Award on Clinical Science from the Society for Research on Tobacco and Nicotine.

Riccardo Polosa is a Full Professor of Internal Medicine at the University of Catania. Specialist in Respiratory Diseases and Clinical Immunology, he is Head of the Institute of Internal and Emergency Medicine of the teaching hospital of the same University, Director of the School of Specialization in Rheumatology and Founder and Director of the Center for Tobacco Research of the University. He is also member of the Italian Institute of Health (ISS) Technical Committee on monitoring electronic cigarettes. Already Coordinator of the Italian Working Group on “Electronic cigarettes and e-liquids”, he has been elected Convenor for the European Working Group on “Requirements and test methods for emissions of electronic cigarettes”, within the European Committee for Standardization (CEN/TC 437). His main research interest are in the area of tobacco-related diseases, smoking prevention and cessation, tobacco harm reduction and e-vapour products. He is the PI of the first RCT in the world about effectiveness and tolerability of e-cigarettes (the ECLAT study). In 2017, he received the INNCO Global Award for Ourstanding Advocacy for “having promoted the concept of Tobacco Harm Reduction using his background in science, health, advocacy and academia and his belief that the truth about tobacco harm reduction offered by switching to alternative nicotine products is a cause worth fighting for”. He published more than 350 peer-reviewed papers and book chapters, of which 290 are full articles appeared in scientific journals with international circulation (the total value of the Citation Index is equal to 6667, and the H index is equal to 43, according to Scopus).

Linda Bauld is Professor of Health Policy, Director of the Institute for Social Marketing and Dean of Research Impact at the University of Stirling. She is also Deputy Director of the UK Centre for Tobacco and Alcohol Studies, which covers 13 Universities, and holds the CRUK/BUPA Chair in Behavioural Research for Cancer Prevention at Cancer Research UK. She is a behavioural scientist with more than twenty years of experience conducting research on the main preventable risk factors for cancer and other non-communicable diseases, including smoking, alcohol use and overweight and obesity. Linda is Deputy Editor of the journal ‘Nicotine and Tobacco Research’ and is President of the Society for Research on Nicotine and Tobacco Europe. In 2017 she was elected a Fellow of the Royal College of Physicians of Edinburgh for her contribution to public health. 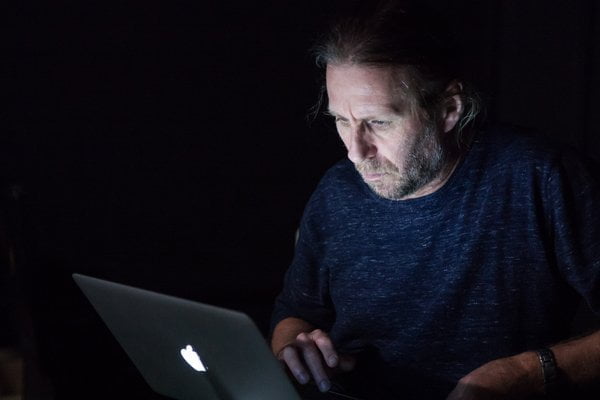 Frank Baeyens is a professor of experimental psychology at KU Leuven, Belgium. He is the author of more than 120 scientific papers on human learning and on a variety of experimental psychopathology topics. In recent years, his research has focused on the contribution of learning processes to acquired likes, preference, dependence & craving, and more specifically to smoking, vaping and nicotine use. As a resolute advocate for Tobacco Harm Reduction, he is currently investigating the efficacy and the pro’s and con’s of electronic cigarettes in controlled lab studies, clinical trials, observational studies and survey research. His work on vaping is featured regularly in national and international media outlets, he was a member of the e-cig advisory committee of the Superior Health Council (Belgium), and an instructor in the first KULeuven MOOC focusing on electronic cigarettes.

Bernd Mayer was born in Graz (Austria) in 1959. Since 1999 he is Full Professor and Head of the Department of Pharmacology and Toxicology in Graz. In 2009 he received the Schrödinger Award and since 2010 he is a corresponding member of the Austrian Academy of Sciences. In February 2006, he was requested to write an expert opinion on an electronic nicotine delivery system, which was commercially available in China and imported to Austria. There were no scientific studies on e-cigs available at that time, but the severe, potentially deadly health risks of inhaling the smoke of burned tobacco were well known. Thus, he concluded that this novel vaporizer is much less harmful than tobacco cigarettes and strongly suggested smokers the switch to electronic cigarettes. This judgement, which was mainly based on common sense, has not been refuted by a single scientific study in the last 12 years. Not being involved as a professional in tobacco control, he did not expect the passionate resistance against electronic cigarettes of diverse health bodies, in particular the WHO and several medical societies. After having realized that their arguments were not science-based but grounded on either ideological bias or vested interests or both, he became increasingly publicly active as advocat of tobacco harm reduction. Among other activities, he served as expert witness at the German parliament in the course of implementation of the TPD2 and appeared as expert witness at the Austrian Constitutional Court. 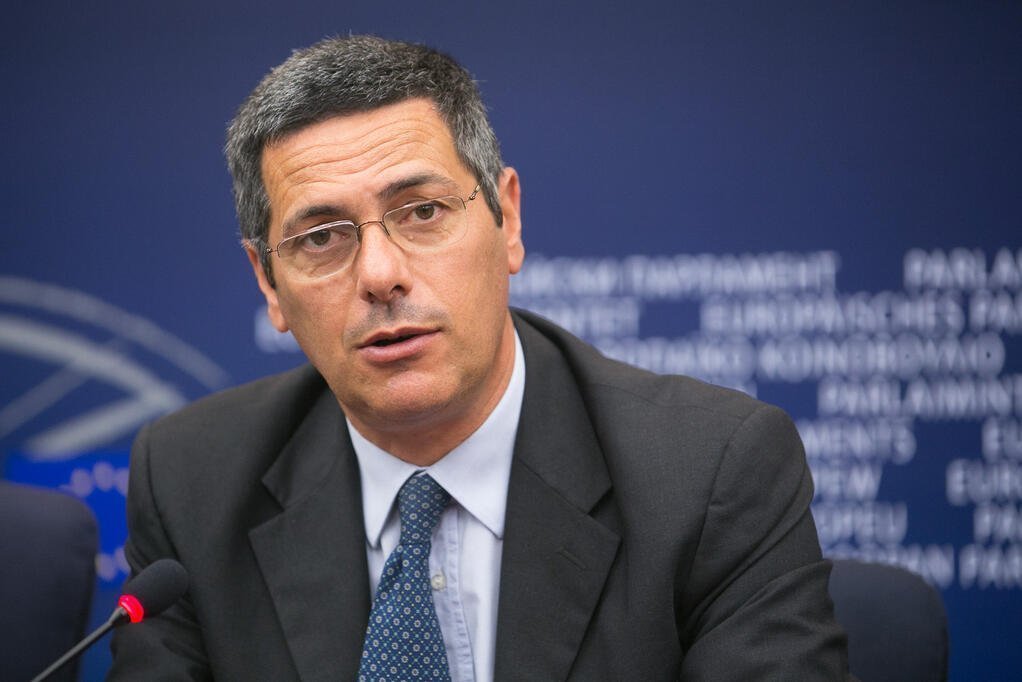 Giovanni La Via is a Member of the European Parliament since 2009. He has been Rapporteur for the new Common Agricultural Policy 2014-2020 and General Rapporteur for the EU budget 2013. Since July 2014 to January 2017, he serves as Chairman of the Committee on Environment, Public Health and Food Safety (ENVI) of the European Parliament. He has served as Regional Minister for Agriculture and Forest in Sicily (2006-2009). He is full Professor at the University of Catania. As a delegate of the Rector of the University of Catania, he started and co-ordinated the “European Office” working on European projects planning and management between 1994 and 2000. He has been responsible for several research projects (Sprint, Rittz, Fair). He has been named as expert evaluator of the 5th RTD Framework Programme. He is the author of many scientific papers and articles published in referred national and international journals. 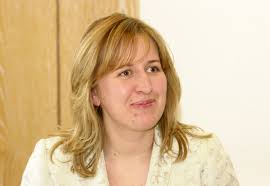 Agnieszka Kozakiewicz, is a member European Commission, Directorate-General for Health and Food Safety, Unit B2: Health in all policies, global health, tobacco control. She is a leading lawyer in the Tobacco Team of DG SANTE with over fifteen years of experience in the area of EU law. Before taking her current position, she served as a Legal Officer at the European Commission’s Directorate General for Climate Action, where she worked on the legal aspects of the EU Emissions Trading System and at the former EC Directorate General Enterprise and Industry, where she was mainly responsible for the legal issues related to automotive and environment policies. Before joining the Commission she worked for a private law firm and lectured at the University of Silesia. Agnieszka Kozakiewicz graduated in law from the University of Silesia in Katowice, Poland. She also holds an English law degree and an LL.M. in European Business Law.